Program for the Annual Meeting in April (Webinar Only): Final Update

Posted on February 12, 2020 by David Snoke Comments Off on Program for the Annual Meeting in April (Webinar Only): Final Update

The annual meeting will be held on Tuesday and Wednesday, April 21-22, 2020. The theme will be “Does Anyone Come to Christian Faith by a Rational Process?” Once again we have a top-notch set of speakers. The meeting will be presented as a Webinar ONLY. Registration is free to anyone, but participants must register in advance. Click here to register. 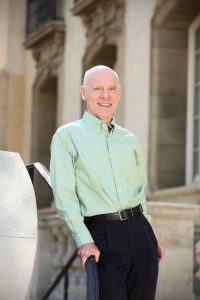 “Cosmic Reasons to Believe in Christ”

Astronomy is the only discipline where scientists directly observe past history. Today, astronomers can see all the way back to the cosmic creation event. Thus, astronomy yields the most rigorous, compelling scientific evidences for a Creator who transcends space and time and personally crafts the universe for the specific benefit of human beings. This talk shows how the Bible accurately predicted the history and structure of the universe thousands of years in advance of the scientific discoveries affirming that history and structure. I will present astronomical evidences for why a transcendent God must exist and why that transcendent God must be a personal, intelligent, loving Being. I will close by presenting scientific evidences for how God designed the universe to make possible the permanent redemption of billions of humans from their sin and evil within just thousands of years.

Bio: Astronomer Hugh Ross is founder and president of Reasons to Believe, an organization dedicated to demonstrating the compatibility of science and Christianity. Hugh earned his BS in physics from the University of British Columbia and his MS and PhD in astronomy from the University of Toronto. He later continued research on quasars and galaxies as a postdoctoral fellow at Caltech. While in college, Hugh dedicated himself to faith in Christ following an in-depth study of Scripture that convinced him of the Bible’s factual accuracy. Today, Hugh is the author of multiple books (such as Why the Universe Is the Way It Is, Creator and the Cosmos, and, more recently, Improbable Planet) and speaks on science-faith issues to audiences around the world.

“What does it take to be reasonable?”

To answer the question whether anyone comes to Christian faith by a rational process requires us to lay out a general account of what makes some beliefs rational. I here sketch such an account, overtly evidential in nature, that is both less and more stringent than various other popular accounts. I then argue that on this account, even children and the unlearned may rationally form many beliefs, including religious beliefs. One virtue of this account is that it offers a principled and intuitively compelling answer to the question of how we can rationally modify or maintain those beliefs in the face of new evidence and sophisticated challenges.

Bio: Tim McGrew is Professor of Philosophy at Western Michigan University. He has written extensively in classical and formal epistemology, the history and philosophy of science, and historical apologetics. He co-authored Internalism and Epistemology (Routledge 2007), co-edited The Philosophy of Science: An Historical Anthology (Wiley-Blackwell 2009), and contributed to the recent book Four Views on Christianity and Philosophy (Zondervan 2016). He has spoken on issues of science, faith, and miracles at Oxford, MIT, and many other universities and conferences. 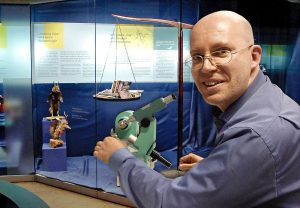 “A Journey from Atheism to Christianity and Intelligent Design”

I report about my long personal journey from atheism to theism and from Darwinism to intelligent design. The first steps were scientific and philosophical arguments that refute materialism, especially arguments from modern physics (emergent spacetime, non-realism in quantum mechanics) and the philosophy of mind (hard problem, aboutness, personal identity). After considering and evaluating a wide variety of non-materialist metaphysics, I came to embrace theism, mostly because of arguments from the contingency of the world, the fine-tuning of the universe, the origin of the laws of nature and the applicability of mathematics, and the digital physics argument that the universe is emergent from a universal mind. Important was also my realization that the only naturalistic alternative, an infinite multiverse, has absurd and unacceptable implications. Finally, arguments for the historical reliability of the Gospels and the historicity of the resurrection convinced me that Christianity is the one true religion. Independently from these considerations and long before my coming to faith, I had discovered scientific problems with the feasibility of the neo-Darwinian process of evolution and found intelligent design to be the best explanation of the evidence. Altogether, I suggest that the cumulative evidence against materialism and for theism is simply overwhelming. I became a Christian theist not in spite of being a scientist but because of it.

Bio: Dr. Günter Bechly is a German paleontologist (specializing in fossil insects), and a Senior Fellow with Discovery Institute’s Center for Science and Culture, and a senior research scientist at Biologic Institute in Redmond, Washington. He earned his Ph.D. summa cum laude from the University of Tübingen, Germany. He worked from 1999-2016 as curator for amber and fossil insects at the State Museum of Natural History in Stuttgart. He also held a teaching assignment at the University Hohenheim in Germany on insect systematics and phylogeny. He has authored about 160 scientific publications, in which he described more than 170 new species, and 11 biological groups are named in his honor. He organized five large public exhibitions on earth history and evolution, including the largest event for the Darwin Year 2009 celebrations in Germany. Bechly’s research has received broad international media coverage, and he served as a science advisor for three natural history documentaries by BBC and David Attenborough. 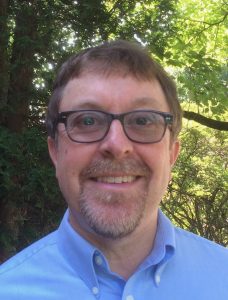 “How does anyone change his or her mind about anything?”

Many people, including those sympathetic to Christian faith, view coming to faith as an essentially irrational process involving a leap, an emotional experience, or a moment of inspiration. This can match the experience of many people who seem to have a sudden “conversion,” or who cannot explain why they believe. I present a model for changing core beliefs that draws on Kuhn’s model of scientific revolutions, but applies to much more mundane and local beliefs as well. This model is at its core inductive and evidential, but meshes with some of the main points of the “presuppositionalist” school of apologetics as well.

Bio: David Snoke is professor of physics at the University of Pittsburgh. He received his bachelor’s degree in physics from Cornell University and his Ph.D. in physics from the University of Illinois at Urbana-Champaign, and did postdoctoral studies as an Alexander von Humboldt Fellow with Manuel Cardona at the Max Planck Institute for Condensed Matter Physics in Stuttgart, Germany. He heads an experimental optical spectroscopy lab funded that focuses on novel quantum mechanical effects in optics. He has authored over 160 scientific papers in journals including Nature, Science, the Proceedings of the National Academy of Sciences, and Physical Review Letters, and has published five scientific books, including four with Cambridge University Press. In 2006 he was named a Fellow of the American  Physical Society “for his pioneering work on the experimental and theoretical understanding of dynamical optical processes in semiconductor systems.”  He has long written and spoken on the integration of Christianity and science at numerous universities and meetings, and authored the book A Biblical Case for an Old Earth (Baker, 2006). 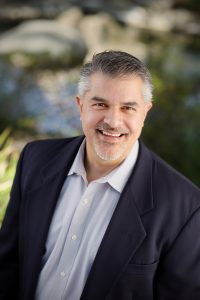 “A Biochemist’s Journey to Faith”

What does biochemistry have to do with the Bible? This talk will explore how the intricate details about the cell’s chemical systems and the powerful truth of Scripture combined to compel me, as a biochemist, to become a follower of Jesus Christ. This presentation includes an exploration of the relationship between science and the Christian faith and describes some of the latest advances in biochemistry and origin of life research that point to a Creator’s role in bringing life into existence.

Bio: Fazale “Fuz” Rana serves as vice president of research and apologetics at Reasons to Believe, an organization dedicated to demonstrating the compatibility of science and Christianity. He earned a PhD in chemistry with an emphasis in biochemistry at Ohio University and conducted postdoctoral research of cell membranes at the Universities of Virginia and Georgia. He spent seven years as a senior scientist at Procter & Gamble and has coauthored articles published in several peer-reviewed journals. Today, Fuz is author of multiple books, including Humans 2.0, and speaks on evidence for creation from biochemistry, genetics, and human origins.

NOTE: Due to unavoidable circumstances, Dr. Fritz Schaefer has had to cancel his appearance at the meeting. In his place, we will have a panel discussion including speakers Fuz Rana, David Snoke, and Timothy McGrew, as well as the following additional participants. Panel discussions at past CSS meetings have been quite lively, as speakers question each other, and don’t always agree. 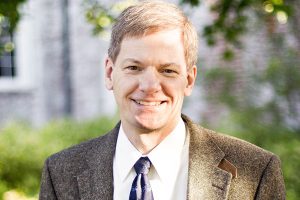 Jack Collins is professor of Old Testament at Covenant Theological Seminary, where he has served since 1993. He received a B.S. and M.S. (computer science and systems engineering) from the Massachusetts Institute of Technology, an M.Div. from Faith Evangelical Lutheran Seminary, and a Ph.D. in Biblical Hebrew linguistics from the School of Archaeology and Oriental Studies, University of Liverpool. Collins was Old Testament Chairman for the ESV Study Bible, served as ESV Text Editor for The English-Greek Reverse Interlinear New Testament (Crossway, 2006), and is Old Testament Editor of the English Standard Version Study Bible. He has published numerous articles in technical journals, as well as The New International Dictionary of Old Testament Theology and Exegesis. In 2000 his book on the theological and exegetical aspects of divine action, entitled The God of Miracles, was published by Crossway.  His next book, Science and Faith: Friends or Foes? was also published by Crossway in 2003, followed by Genesis 1-4: A Linguistic, Theological, and Literary Commentary, published by P&R (2006). Collins’ recent book Did Adam and Eve Really Exist? (Crossway, 2011) highlights the importance to Christian theology of believing that the Fall of man was a historical event, and explores whether such a belief can be compatible with a Darwinian view of human origins. 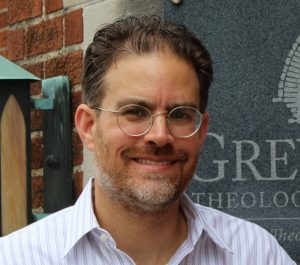 Dr. Rampelt has studied Philosophy (B.A., Case Western Reserve University; MA, University of Pennsylvania), Theology (MAR and Th.M., Westminster Theological Seminary, Philadelphia), and History and Philosophy of Science (Ph.D., Cambridge). After completing his doctoral studies in 2005, he was a research fellow at the newly formed Faraday Institute for Science and Religion, St. Edmund’s College, Cambridge (2006-2009). Since returning to the United States, Dr. Rampelt spent three years working in neuroscience labs at the University of Pittsburgh, and is now adjunct faculty in the same university in the Department of History and Philosophy of Science and a Fellow of the Greystone Theological Institute. His research has investigated the role of theology and theologians in the history of science, particularly the Early-Modern period, as well as the role of theology in scientific creativity since that time. 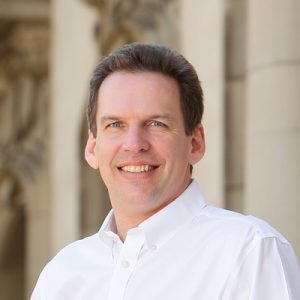 Astrophysicist Jeff Zweerink is a Senior Research Scholar at Reasons to Believe (RTB). He is also the author of Is There Life Out There?: Who’s Afraid of the Multiverse? and coauthored RTB’s Impact Events student devotional series. Prior to joining RTB, Jeff spent much time working on the STACEE and VERITAS gamma-ray telescopes and was involved in research projects such as the Solar Two Project and the Whipple Collaboration. He is a project scientist at UCLA and is working on GAPS, a balloon experiment seeking to detect dark matter. Jeff is coauthor on more than 30 papers published in peer-reviewed journals, such as Astrophysical Journal, and Astroparticle Physics, and Astrobiology, as well as numerous conference proceedings. He earned his B.S. in physics and a Ph.D. in astrophysics with a focus on gamma rays from Iowa State University.